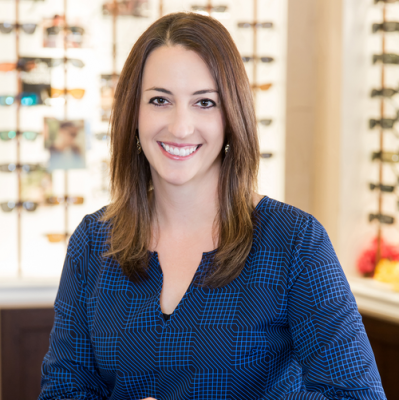 Dr. Lindsay Denton grew up in Ft. Walton Beach, Florida. She spent her under-graduate years at Birmingham Southern College, then attended the University of Houston College of Optometry, graduating alongside our own Dr. Anderson! She was a member of Beta Sigma Kappa Honor Society and served as AOSA president. She earned a prestigious scholarship from the United States Air Force, and served 3 years as an Optometry Element Leader assigned to Goodfellow Air Force Base in San Angelo, Texas. She has since lived in Japan and recently practiced in Minnesota. She joined Wylie Eye Center in the fall of 2015.

Dr. Denton truly loves helping others. In the Air Force, she earned the Humanitarian Service Medal helping earthquake survivors in Pisco, Peru. She also served the San Angelo community as a board member for the West Texas Lighthouse for the Blind.

Dr. Denton met her husband, Nathan, while he was in pilot training for the USAF. Together they have lived in Texas, Japan, and Minnesota while he served as an F-16 fighter pilot on active duty and with the Minnesota Air National Guard. They have two daughters, who keep them entertained and very busy!