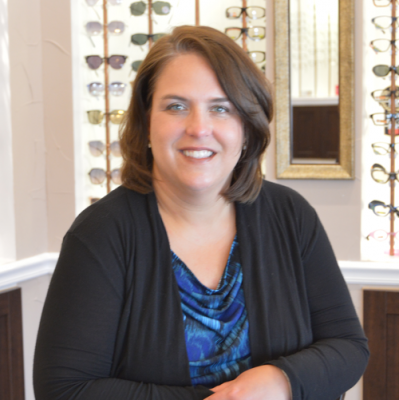 Dr. Suzanne Ferenczhalmy grew up in Muskegon, Michigan. She earned a Bachelors of Business Administration from Grand Valley State University. After working as an optician for several years she grew to love optometry and attended the Illinois College of Optometry. Upon graduation Dr. Suzi served six years in the United States Air Force, serving at the Pentagon and Andrews Air Force Base. During that time she had a special assignment as the White House optometrist for the George W. Bush administration.

While serving at the Pentagon Dr. Suzi met her husband Fred, a fellow Air Force veteran. They have two sons and a daughter that keep them very busy. Dr. Suzi and her family moved to Texas in 2007. Dr. Suzi is very active int the PTA and her children's schools and as a leader in Girl Scouts. She has been practicing in Plano since moving to Texas and is very excited to join the Wylie Eye Center team.